World Skills Competition is the largest skill competition in the world, held once every two years in one of the WSI member countries. These competitions provide both a benchmark for high performance and an objective way to assess vocational excellence. Objective is to promote world class standards in over 50 skills under six skill strands as under:

More than 1000 contestants below the age of 23, compete over a span of four days working on test projects (16-22 hours) which are based on contemporary industry standards and infrastructure. The competition is equivalent of Olympic Games for skills amongst youth across the world.

India has been a member since 2007. NSDC took over the membership in 2010 and the membership was transferred to MSDE in 2016. India won 3 medallions in Germany in 2013 and 8 medallions in Sao Paulo in 2015. The best performance was in WorldSkills 2017 in Abu Dhabi where India won 2 medals and 9 medallions and was ranked 19th among all participating nations.

Each competitor is supported by a trainer (expert) and a partner which could be a corporate like Toyota, Tata Motors, Maruti, Mahindra, Aptech or training institution like NTTF, GTTI Coimbatore or association like CREDAI for trades such as bricklaying and tiling.

The selection of Team India for WorldSkills Kazan 2019 began in January 2018, with the lay downing of Guidelines for WorldSkills and IndiaSkills Competitions. More than 22 states collaborated and organized close to 500 district and state level competitions between March and April 2018. The winners at these events, competed at four regional competitions organized at Jaipur, Lucknow, Bangalore and Bhubaneswar. The winners from the regional competitions further competed at the National Competition organized from 2nd to 6th October 2018 at Aerocity Grounds in Delhi.

The Team India includes participants from all over the country.70% of these come from tier 2 and tier 3 cities and can speak 10 different languages. Most of these competitors come from a very humble background, with 35% have their parents either employed in the agriculture sector or are working as daily wage earners.

Blazing a trail of glory for India at the global stage, the 47 member Indian Team who competed in 43 Skills returned with the best-ever finish at the 45th WorldSkills International Competition 2019 in Kazan, Russia by winning 19 medals and Medallions of Excellence including One Gold, One Silver and Two Bronze medal. More than 1,350 Competitors from 63 countries and regions competed in 56 skills in WorldSkills Kazan 2019 to win prestigious medals. We ranked 13th among all participating nations which is several notches up from the last time when India won 11 medals and finished in the 19th position in the 44th WorldSkills Competition at Abu Dhabi in 2017.

Felicitation ceremony for the winners of 45th WorldSkills competition held at Kazan, Russia from 22nd August to 27th August 2019 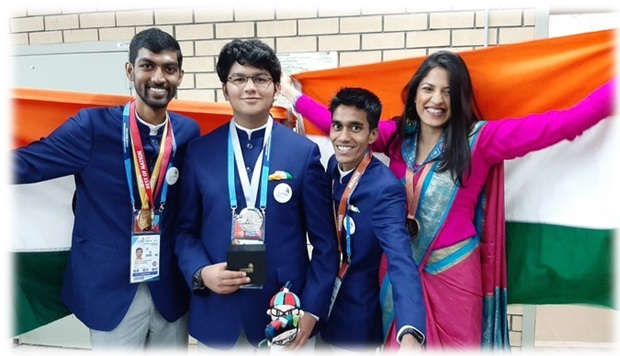 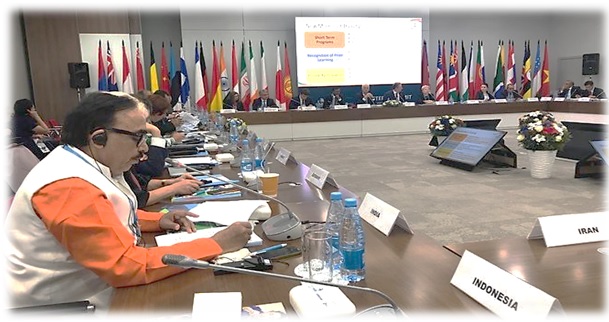