To give impetus to the employment initiatives in the country, National Skill Development Corporation (NSDC) under the aegis of Ministry of Skill Development & Entrepreneurship (MSDE), Govt. of India has been organizing Rozgar Melas across the nation for providing suitable job opportunities in private sector to the unemployed youth. With initiatives like Rozgar Melas, the Government is ensuring a parallel growth in the private/ industrial sector. There is no end to the potential for industry to flourish across the States with big corporates partnering the government and pledging to invest.

A NSDC Rozgar Mela is a 1/2-day event where several employers and job seekers come together for the purpose of applying and interviewing for jobs. Defined more precisely, a Rozgar Mela is an employment strategy to fast-track the meeting of job seekers and employers. For the execution of Rozgar Melas, NSDC seeks support from the respective Sector Skill Councils (SSCs) & Pradhan Mantri Kaushal Kendras (PMKKs) for sourcing the employers i.e. private companies for the Rozgar Mela. Generally, a Rozgar Mela witnesses the participation on an average of 40-50 employers from 10-12 high economic growth sectors. These sectors are generally identified based on the aspiration of youth & availability of industries in the target State or the nearby areas.

These Rozgar Melas generally cater to the youth in the age group of 18-35 Years with an academic qualification covering 8th/10th/12th Pass, ITI, Diploma, Graduates etc. including the trained and certified candidates conforming to National Skills Qualifications Framework. The jobseekers for the Rozgar Mela are sensitized & mobilized through various channels including Print Advertisement, Bulk SMS, Social Media & through workshops at College & University Level in & around the districts of the Rozgar Mela.

The Rozgar Melas are generally accompanied by other activities including Counselling Session for the jobseekers & their parents, Kaushal Melas for the registration of youth under fresh skill development training (PMKK/PMKVY), Mudra Loan Facilitation Counters & Skill Exhibition (where SSCs demonstrate the training model, equipment, job roles of their respective sectors). In addition to the NSDC Rozgar Mela, the concerned agencies of NSDC like Sector Skill Councils, Pradhan Mantri Kaushal Kendra, Pradhan Mantri Kaushal Vikas Yojna Training Partners also conduct Rozgar Melas of different scale & magnitude for the youth in the age group of 18-35 years on PAN India basis. From 1st January, 2019 to 31st December, 2019, more than 700 Rojgar Melas have been organised in 28 states/UTs by NSDC, SSCs, PMKKs, PMKVY, fee-based model training partners etc. There have been approx. 2.18 lakh registrations and around 93 thousand candidates have been selected by the private companies in the Rozgar Melas. 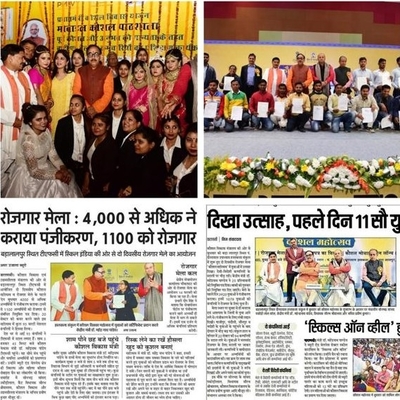 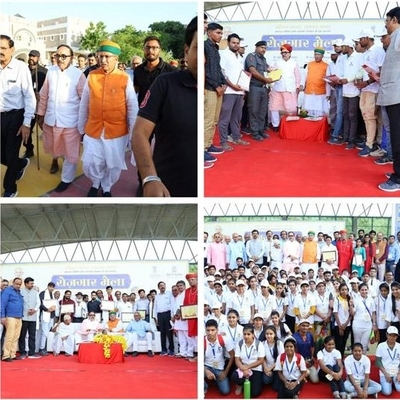